No industry on earth has an existential problem like smoking.  They make billions of dollars (like, it’s getting close to $1 trillion) but kill millions of people.

The industry of course doesn’t want to kill the goose that lays the golden eggs—their customers—so they are always trying to find new ways to feed old habits.

Don’t get me wrong, harm reduction is a very real issue in the global smoking industry.  In fact, it’s kind of The Holy Grail for this $800 billion annual sector.

And this is an insanely profitable sector. After paying out billions of dollars annually in taxes, the Top 6 in the industry still made US$55 billion in 2018.

For venture capitalists, being able to tap into this revenue stream—even in a small way—means hundreds of millions of dollars.

Look what happened to Podatech (PODA-CSE, now trading as IDLE.X-CSE) who sold a heat-not-burn product to Altria (MO-NYSE) for $100 million.  ONE HUNDRED MILLION DOLLARS for a well-engineered plastic product that allows smoking to continue but with only a very small fraction of carcinogens. (I covered PODA in early 2021.)

So when I saw Michael Saxon join TAAT Global Alternatives (TAAT-CSE) as CEO, I knew it was time to revisit this story.  He had been just an advisory board member for the last year, but jumped into the CEO role in May—right after TAAT bought its first tobacco distributor, ADCO, out of Ohio.

This immediately gave Saxon a much larger platform to turn TAAT into a large and much more profitable brand. It did US$87 million in revenue last year, and TAAT announced 2022 revenue guidance of $92 million. 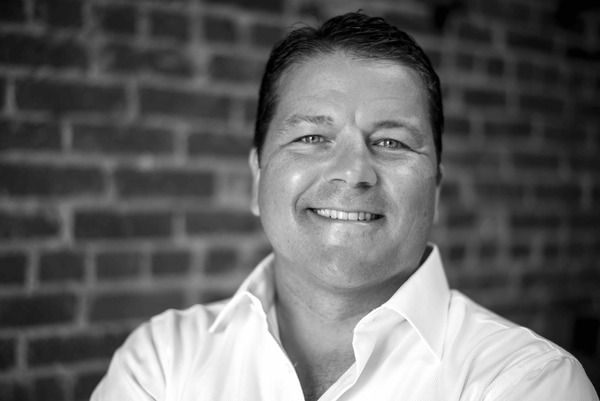 As a former senior executive at both Philip Morris (PMI-NYSE) and Altria (MO-NYSE) Saxon knows the politics and business of smoking in Europe and North America.  He’s connected, he’s competent and he sees A Big Place for TAAT in the fast-growing harm reduction market. TAAT has no tobacco, no nicotine and 97% fewer chemicals.

“I think the TAAT product is part of the broader conversation in this space,” he told me over the phone this week. “When the product showed some early and promising signs that it was heading in a direction—that it could be part of the harm reduction conversation—that really piqued my interest.”

He says TAAT has a different strategy than the other junior entrepreneurs trying to break into this $800 billion market.

“Everybody so far in this harm-reduction conversation has tried to solve the problem with a ‘new-to-the-world-product’ as I like to call it.” (Think heat-not-burn or vaping…)

“But what our founder Joe Deighan did that was interesting was…other than those alternatives, he said there might be people who like the traditional form of cigarette.

“I think our TAAT product looks and feels like the traditional product that smokers are already using every day. I think we’re asking for less of a hurdle in terms of the jump they need to make to make the switch to TAAT.

“This third version of our product has been refined to resemble the traditional smoking experience…all the hard work in product development has been done.”

Saxon is convinced that TAAT now has the right harm reduction product for this multi-billion dollar market—and the sales strategy to start making it pay almost immediately. In fact, urgency was the one theme that dominated our talk.  There is no existential angst here.  He is hitting the ground running, and fast.

“The key for a product like this is to make sure you’re available in the majority of the store—so that when they need to make that repurchase it’s easily available.

“You want to make it easy for them to find, and easy for them to purchase.  That’s  what we will be focused on over the next three months and that’s where we could make an immediate change here in my first weeks in the role.”

When you own a distributor, you get to quickly set your point of sales support, decide on pricing and be able to do whatever it takes to move product.

TAAT paid just over $6 million for ADCO.  Big volume will bring EBITDA.  TAAT is meant to be even MORE profitable than traditional cigarettes. With no excise tax—because this is not a tobacco product—it can sell for a big discount to any other top-selling brand, and still generate huge cash flows.

Before ADCO, TAAT was selling its tobacco-free, nicotine-free “sticks” in 2500 stores and increasing sales at 10% per quarter—so they were doing OK.  And re-orders are often more than 50% of revenue—another great sign.

But to really ramp up product volumes and revenue, TAAT wants to be in tens of thousands of stores.  And to make that happen, TAAT needs to give the big distributors Big Data.

That’s what Saxon can direct ADCO to be doing.  They can now test marketing, product placement, product packaging and pricing across their own stores and the hundreds of other locations that they sell smoking products into.

TAAT can use ADCO to figure out what sales formats and strategies work best to get the volume and revenue up—and then pass that data on to much larger distributors.

And now TAAT has the product, the CEO and the channel to make it happen—immediately.   Saxon has no existential angst; he’s on a harm reduction mission and believes he can hit some big revenue milestones in a hurry.